are usually used when large speed reductions are needed. The reduction ratio is determined by the number of starts of the worm and number of teeth on the worm gear. But worm gears have sliding contact which is quiet but tends to produce heat and have relatively low transmission efficiency.
As for the materials for production, in general, worm is made of hard metal while the worm gear is made from relatively soft metal such as aluminium bronze. This is because the number of teeth on the worm gear is relatively high compared to worm with its number of starts being usually 1 to 4, by reducing the worm gear hardness, the friction on the worm teeth is reduced. Another characteristic of worm manufacturing is the need of specialised machine for gear cutting and tooth grinding of worms. The worm gear, on the other hand, may be made with the hobbing machine used for spur gears. But because of the different tooth shape, it is not possible to cut several gears at once by stacking the gear blanks as can be done with spur gears.

The applications for worm gears include gear boxes, fishing pole reels, guitar string tuning pegs, and where a delicate speed adjustment by utilising a large speed reduction is needed. While you can rotate the worm gear by worm, it is usually not possible to rotate worm by using the worm gear. This is called the self locking feature. The self locking feature cannot always be assured and a separate method is recommended for true positive reverse prevention.

Also there exists duplex worm gear type. When using these, it is possible to adjust backlash, as when the teeth wear necessitates backlash adjustment, without requiring a change in the centre distance. There are not too many manufacturers who can produce this type of worm. 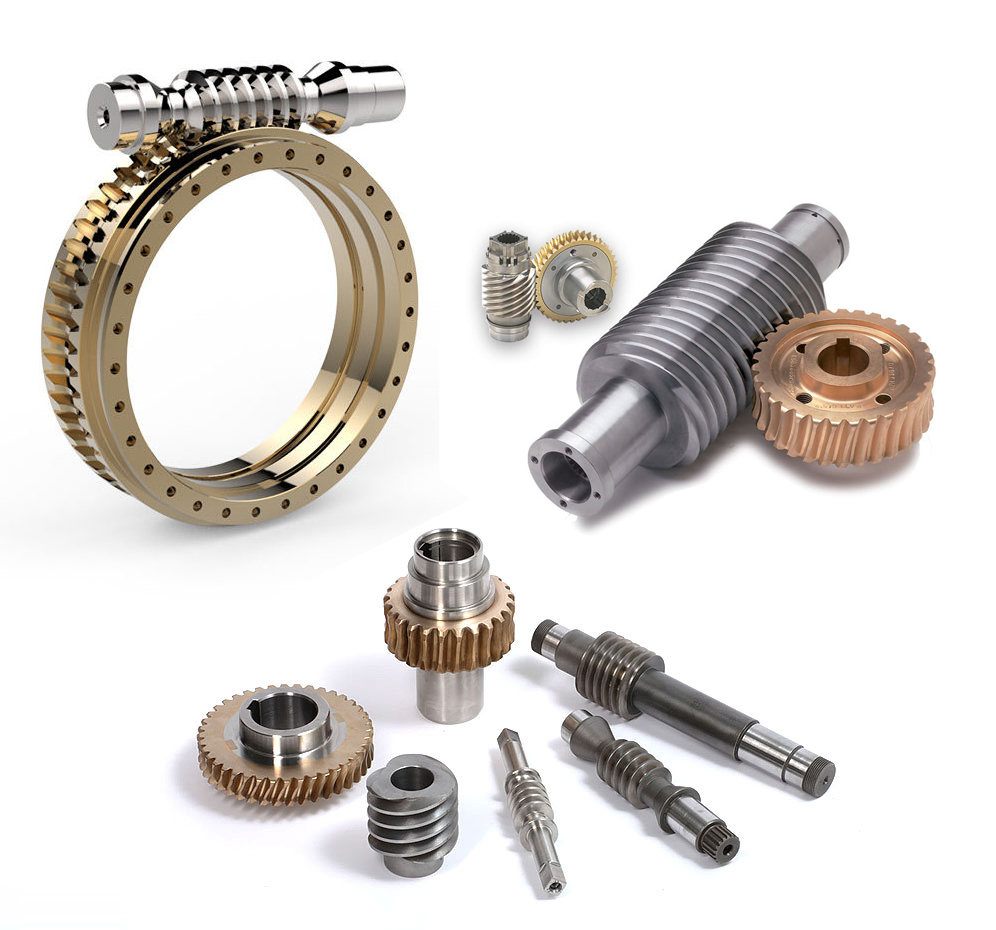